You Ready To Fail At Social Networking

Come on fail at social networking! I triple dog dare you to fail! I mean you were not really planning on succeeding were you? Oh you were? Did I dash your hopes and starlight dreams?

Did this make you mad? Perhaps you thought I went a little crazy (obviously you do not know me well enough if it was just a “little”)? What the heck are you talking about that you will fail at social networking. Why would you be so mean? You make me want to cry or “Shout!” Hey Ey Ey! Shout! Here is what I realized recently in one of my moments of thought. They happen rarely, so catch the gem. Most people will fail, because they do not believe, do not exert enough energy, or do not stay long enough to reap the rewards of social networking.


The fact is that this article is going to be half diatribe and half useful information merged into one gigantic “diamation” of a post. That is what happens when you merge a diatribe with information. 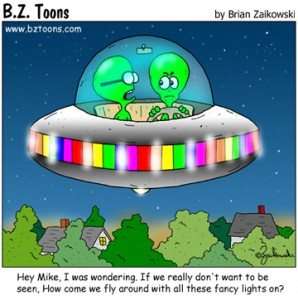 First, I want to be clear. I am not going to tell you that 95% of business owners will stop using social networking before it is useful or that until you read this article you were part of the problem and not the solution. However, that would make compelling copy for the future. Noted!

What I will tell you is that in my humble observations social networking does not work for the caffeine induced “do it now” crowd that completely fills our corporate corridors with misguided folks rearing for the next big buck in order to fulfill the corporate dreams of world domination in the C suite. Or it will not work in the lowly small businesses where the “dream” of tomorrow has to actually happen today to stay around.

It takes time to use social networking. And perhaps this is just not for you if you do not want to spend time developing relationships through social networking and posting something of value that does not go kaching-kaching to your wallet on day one.

Second, I think most people need to understand how to have a relationship offline before they ever try and replicate it online. Imagine being born and then asked to run a marathon the next day. Your legs are just not developed enough to do that and more than likely any baby will fail at running a marathon. While that might be a little extreme, how are we supposed to teach people to interact online if they do not have the words and communication skills to do it offline.

There is nothing wrong with taking offline skills online, but the unfortunate reality is that we need to make sure that we can clearly communicate our ideas and what we want before we get online. Otherwise, you have a written testimonial lingering forever online to you inability to communicate.

Therefore, my recommendation is to actually do offline networking before you go online. There you will have the chance to meet people face to face. Actually see their reactions to you information, your pitch, and your ability to communicate. The hardest part for me when I first started using social networking was not reaching out to new people or building relationships. Instead, it was reading what they wanted from their posts. You might want to go to some toastmasters to develop this skill.

In fact for me it was not the fear of communicating to others, but how to read their reactions without seeing them. One of my first webinars I was extremely nervous, because all the attendees were muted out and I realized that I could not tell if I made any sense. Still wondering some days. Maybe I should develop a “Schmoozer” translator one day so the world will finally hear my brilliance. Ah, but I gloat! 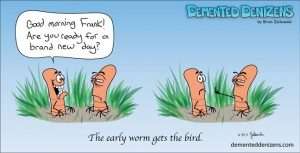 Third, they go willy-nilly into social networking. My favorite are the shot gun social networkers.  They will have a flurry of activity for a day or two and then disappear for weeks at a time. Then reappear as if woken from the dead, write a blog post, and tweet it out to the world before being fully submerged again, not to rear their head for another three months.

On the other hand, people always ask me how I can blog everyday. My answer is simple, how can I start a day without blogging. It is so ingrained in my schedule that it is the first thing I start thinking of when I wake up in the morning to prepare my business.

I am constantly thinking, “Oh that would be a great blog post, we should tell people that they are going to fail at social networking” or some other ancillary thought. The fact is that for me, my blog is a playground of ideas, testing, and consistency that I need to continually build my business and make my client’s business better. It brings the chaos to order for my business.

That is what you need, consistency. Something that you can do everyday to stay on top of your game with social networking. There are days when I might not check my LinkedIn, Facebook, or Twitter account. However, a day without checking my blog once is sheer terror! What is something went wrong? Maybe I have something cool to share today.Eh! Maybe not! You get my point.Think of something that you can do everyday or every weekday that will move you forward.

The other thing is that once I have completed my morning blogging ritual I can approach the rest of the day feeling like I have accomplished something of value. I might check a few accounts throughout the day, but for the most part I will be working on client articles and other projects.

Fourth, and there are the 4:30 nappers. These are the people who stay up all night to see the sunrise and fall asleep 30 minutes before it happens. They miss the most beautiful part of the morning, because they could not stay…awake..ahh..another.miiinuutee…ZZZ…

So, we have reached the end of this diamation and I just want to add my last thoughts on this topic, before I start to hear your thoughts. The thought is this, “If you try and stop, then try and stop again. Is that worse than ever starting in the first place? Or is it a learning lesson, where you can finally succeed on the next attempt.”

The reason I bring this up is because I have never got anything right with social networking the first time around. There were many head banging sessions before I learned what I needed to do. However, every time I thought of giving up it sickened me more than the thought of continuing on this journey. Let me know how your social networking journey is going?