You Don’t Know Me, But I Am Three Degrees Of Separation Away From You

I was at a networking event yesterday, and the presenter, Sue Koch, made an interesting comment about how I am two degrees of separation from everyone in the world. It was a funny reference to Six Degrees of Separation from Kevin Bacon, but it started to get me thinking about that on a different level. Between all of the social networks that I am on, along with the multiple Twitter accounts that I have how close am I to every person in the world?

I actually might be three degrees of separation from the vast majority of the planet. Bear with me on this strange and extravagant experiment designed to show how a normal schmoozer is closer to the world than at first he may appear. Magic and mystery await! Besides, if you do not like this post, what else is there to do on a Friday? Enjoy a beautiful spring day or have fun with your family?

First, we need to list my social networks. Please do not drool with too much excitement, I am not listing them all here for time and sanity sake. Some estimates will be made, and incorrect assumptions from here on out are explained in a very small disclaimer that does not exist at the bottom of this post. Look really closely for the 1 point font that I used to write it out. 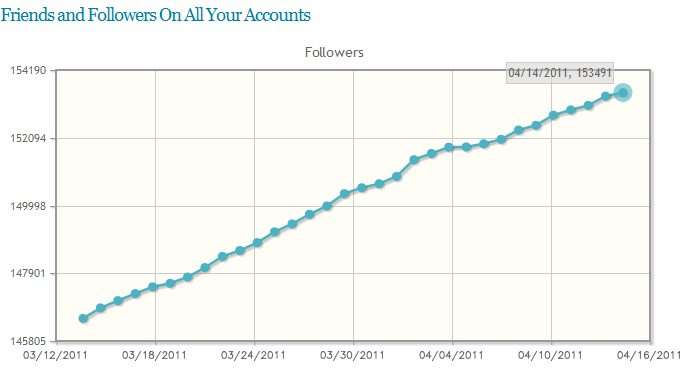 The list just keeps getting smaller from here. The fact is that altogether the remaining networks might not have more than 1,000 connections combined.That means we are talking about a total of around ~157,000 social network connections. However, I know that about 1/3 of those connected through different Twitter accounts and other social networks are repeats. I like people to be on multiple networks with me (That might be another blog post in itself). That means if we take that number and chop off about 33% we have approximately ~105,000 connections combined.

Perfect! Now, we have a base to see how far away I am from the rest of the world.

World domination is mine! He! He! He! (Insert evil laugh and have thunder striking in the background). Oops did I say that out loud?

Now that we have a starting figure, let’s determine how far I am away from the rest of the world. Those lucky folks! We will now enter the mathematics portion of our blog post. I do not like math, so any mis-calculations please refer to the non-existent disclaimer at the bottom.

So, let’s start using math. Get out your calculators and a beer. This should be fun!

We are getting close!

So, let’s put this all together into one neat formula.

How, will the remaining five and a half billion people on the world survive knowing about this catastrophe. At the same point, that means that currently I am connected within 3 degrees of separation from the majority of the social networking population around the world (Check Social Networking Statistics).

On a more important level this demonstrates that we all have the power to let the world know about how we can each individually change the world. Too often we hear people complaining about how they do not have a voice. What is the impact that they have on society? If they just looked a little bit past themself they will find a world of influence and relationships awaiting them.

Additionally, it confounds me that people sometimes ignore social networking, because they believe it is a fad. Finding true professional relationships to grow a business, organization, or brand will never go out of style. Social networking is a tool. The fact is that we have to man the tool in order to get the most out of it for our business and personal lives.

Now, I will get off my pedestal, open the window, and enjoy a beautiful spring day, knowing that I am three degrees away from 1 billion people and that this will encourage at least one other person reading this to do the same. Plus, I now have a great line to use when connecting to people on social networking. “You don’t know me, but I am three degrees of separation from you.”