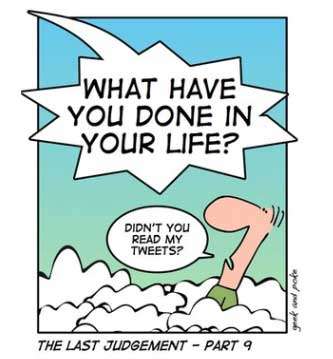 Do you have a twitter goal? This is a goal that you want to achieve using twitter. I recommend you brainstorming what your goal is on Twitter. You need to establish what you want to do on Twitter, because this is a social network where if you do not have a well thought out goal and strategy you will not be able to successfully use it to earn money.

Here are some steps to create a successful Twitter Goal:

First, envision what you want to achieve using Twitter. Where do you see your business using because of Twitter in six months? What about one year? Picture how your sales process will look like with an integrated communication platform like Twitter’s.

Think about how many prospects will be coming through your door in one year. Is Twitter the start, or is it the destination for your sales process? Discover what would really make your customers appreciate your business on Twitter.

Second, create a Twitter action plan. Create a way to add new followers. Think of what content you need to put on twitter to attract prospects and network partners. Write it down in terms of days, weeks, and monthly action steps that you need to take to reach your bigger twitter goal. Think about logical actions that would make your presence on Twitter build your business.

Third, acting on your Twitter vision and plan. It is not hard to type in 140 characters online. What is challenging is actually using those 140 characters to their utmost potential. Start crafting amazing Tweets and Retweets that will encourage participation and community.

Remember that one Tweet does not create a successful business. Craft messages and participate every day to get the most out of your Twitter experience and in order to achieve your Twitter goal.

Most people go on Twitter and think they will get instant results as the money flows in. The truth is that Twitter does not work like that. You have to work at it day after day until you are successful. It Might not be one day, maybe it will take 100 days, or even a one year. However, with hard work and a positive attitude you can achieve your twitter goal.

Let us know what your Twitter goal is for your business in the comments below.