Top 5 Tips to Build Your Social Media Presence from Giveaways 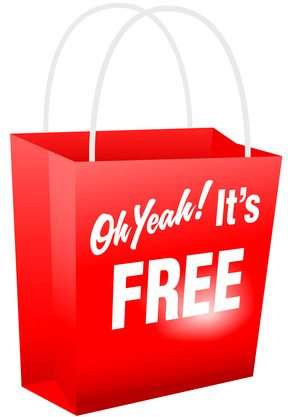 Everyone loves to get free stuff, so giveaways and contests are a surefire way to gain followers and build positive, lovey-dovey feelings toward your brand. Here are five tips for building your social media presence through a contest or giveaway:

It’s awesome to give away stuff, but it’s even more awesome to give away stuff in an awesome way. Obviously, not everyone is going to win the contest, so create a contest that’s so fun to enter that just participating is its own reward. BMW recently ran a contest in which users could submit videos of exactly 5.9 seconds in length to win a new BMW 328i (which can go 0-60mph in – you guessed it – 5.9 seconds). If you want to see the creative genius this contest inspired, you can visit facebook.com/bwmusa or youtube.com/bmwusa to vote on the top 30 entries. The winner will be announced on April 13th. 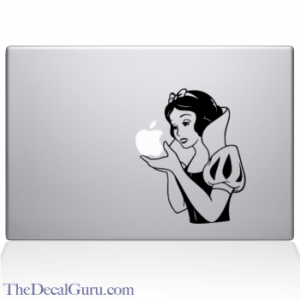 Neil Patel of KISSmetrics, an analytics program, suggests that one good way to build your social media presence is to connect with “thought leaders in your industry.” Patel actually took this one step farther by giving away free subscriptions to KISSmetrics to influential business people. Not only could these people benefit from his service; they were also people whose endorsement of KISSmetrics would influence many other people to sign up for the service.

Some companies gain marketing press by giving away free products to bloggers. The Decal Guru gives away free decals to influential people who can help promote their brand where a lot of people will read about it. When bloggers have firsthand experience that your product is a good one, they’re much more likely to give it a ringing endorsement in their writing. A marketing rep at The Decal Guru told us that they’ve received positive reviews from sending a free Snow White Macbook Decal to influential mom bloggers.

Some fans may friend you on Facebook, but not follow you on Twitter, or vice versa. Creating separate contests for each social media outlet (but announcing them on both) will draw fans to follow you via multiple social channels. Moosejaw, an outdoor clothing and gear company, ran a very successful “20 Days of Decent Giveaways” campaign. Some of the giveaways could be entered via both channels, but some could only be entered through one of the two social media outlets. Overall, the contest raised Moosejaw’s number of Twitter followers by 45%, and a number of Facebook fans by 31% (source for stats: The Fundraising Journal).

You don’t want to flood your followers with an overwhelming number of giveaways – fewer giveaways with higher-quality items will be more effective. The timing of your giveaway is also important. Moosejaw re-timed its $1,000 shopping spree giveaway to end ten days earlier because they realized that ending it on December 23rd would not give the winner enough time to shop for Christmas presents. Consider timing your giveaways to coincide with a new product or feature releases, because the contest will raise awareness and create demand. Ford released their 2011 Ford Fiesta with a giveaway. The contest gave 100 drivers 6 months of a free lease with free gas, insurance, and 24-hour concierge service with the caveat that the drivers would go on monthly “secret assignments” for Ford Mission Control (another way to increase social participation and raise brand awareness).

Especially if you’re new to giveaway marketing, make sure that you study the Terms of Service on Facebook, YouTube, Twitter, and any other site before you run your contest. Facebook won’t let you notify winners via Facebook, Twitter won’t let you run a contest based on the number of re-tweets, etc. Also, check the laws in your state to make sure you’re allowed to run the type of contest you’re running (many states have specific regulations regarding “sweepstakes”-type giveaways, especially). With a little research, you’ll be able to run an awesome and strictly legal giveaway that increases your social media presence, brand awareness, and sheer coolness factor.

Now, go out and give some stuff away! You and your followers will be happy you did.