Walgreens was founded in 1901.

Now, the big question? Why does that matter? What does a date have to do with anything? Well, my fellow entrepreneurs I want you to take a second and consider the facts below and I will tell you.

Johnson & Johnson-Two years later in 1888  they came up with their famous “first aid” kits which become standard in treating injuries.

Fedex-In 1973 Frederick W. Smith, the founder of Fedex was so desperate for money that he went to Las Vegas, played the Blackjack tables and won $27,000. Enough money to keep the company afloat.

Amazon-They sold their first book in 1995. Amazon was not profitable until 2001.

Google-This was started as a research thesis in March, 1996. The company was not incorporated until 1998, and their first initial public offering raised $100,000  in the same year. 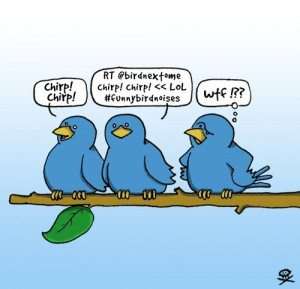 Twitter-It took Twitter 5 months to get their first 1,000 followers for the service. They are currently the 8th ranked website in the world.

To me it is always interesting to see the start-up gap in the early years. Some start-up gaps are longer and others so small you can only be amazed. The point is, however, there is almost always a gap. There are very few services, such as Hot or Not or Facebook that pop up on the scene one day and then the next they are the darling of town.

Everyone seems to think that it just happened. Well, my dear! I am sorry to inform you that you are sadly mistaken. This is a case of the start-up gaps. Those phases in the history of a company where they develop their ability to become great. In fact, this start-up gap separates most companies fate. That is why according to the SBA, over 80% of businesses do not last 5 years.

However, so many companies gloss over this period of time to the public, because most people want to only hear about the success. Plus, they only want to focus on how great the company is doing now. No one wants to hear how Amazon was chastised for taking 7 years to become profitable or how Walgreens had to compete with over 1500 drugstores in the Chicago area to survive (Source: Good To Great). Perhaps people do not want to think about the fact that there were bigger and badder search engines out there in the late 90’s or how Walmart stuck to rural areas, because they could not compete with Kmart.

But, everyone wants to know what they did to succeed. They want to know the magic pill they took.  Well, from all of my research on the topic here is what I came up with.  This is in no particular order, but you need a little of each step to succeed.

1. You have to be committed. Not like to an insane asylum, I mean you have to dedicated to what you are doing every single day. No matter the obstacles! However, you might look insane to be that committed to the outside world, you have to know that you are working for something better.

2. Have a strategy that works.If it does not dissect that with a fine tooth comb. It is OK to experiment with different ideas, but learn what makes one idea great, another one horrible, and a third tweakable. Then when you have the good ones stick with it. Then keep sticking with it!

3. Take advice from people who know the business, not people who know everything. I have always admired people like Leonardo Da Vinci for being so well-rounded. However, he would make a terrible business leader in modern times. He would switch from idea to idea faster than any could be executed. That is the way it is with the Renaissance people. They know everything, and yet do not understand the business of focus. Learn from those who have been there. The right people around you make all the difference in the world. They will tell you if the “sky is falling” or whether you need to correct course. Just be wise enough to listen to those who have done it and not those who have done everything.

4. Do not expect something immediately! Everyone in today’s’ society has to some degree a case of the “nows”. We want our business to succeed now! We want more clients now! I have been there and know exactly what you are going through. It will happen, just do your best to avoid a bad case of the “nows”.

5. Be ready for opportunity to strike in the greatest disasters. The dot-com bubble forced Amazon to focus in on their bottom line. Fedex had seven packages shipped out the first night. However, by the late 70’s their persistence started to pay off. Twitter had 50 followers one month after starting.

In the end, there are no guarantees that a business will succeed or fail. All there is, is a unyielding desire to make your business a better place. That is why we must understand the start-up gap in anything we work on: from new business opportunities to new businesses to new social media campaigns. Get through the start-up gap and you will start to see light at the other end. In this case, look into the light!

How about you? How long did it take to get past the start-up gap? Or are you still there?