The Coolest Thing I Ever Learned About Social Networking 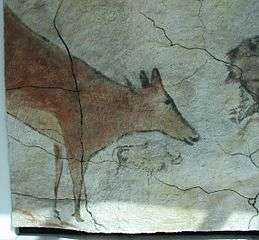 networking existed when people dwelt in their caves and drew on walls.

Oh wait, we got a little distracted there. You wanted to know about the coolest thing in social networking. Probably not as interested (maybe, eh?) in cave art, Columbus, and electricity, right? What does this have to do with social networking?

Well, it all points to one gigantic, oh so enormous idea that can not be missed. Social networking has nothing to do with technology, online platforms, or the dance we do with new age marketing strategies.

Instead, social networking is about connecting with people. Yes, people! You know those disgustingly handsome creatures who made the recent evolutionary leap to walk upright and think for themselves. Do not believe me; then check out the First Social Network.

Without our ability to communicate with each other we are no better than a plant sitting pretty in the forest waiting for sunlight to encompass it’s world. As humans we go out and interact in our social environment in order to learn and grow from each other. Therefore, it is not a remarkable leap to state that social networking is just one more step in our growth of communicating with each other. Making a further leap, I would say those who use this communication for business do so

under the auspices that social networking is not the great adventure, but the ship helping you get there.

How can we then interact with customers and still understand that social networking is a place to interact with people? Well, I have a few guidelines that I believe can be helpful for just this challenge.