Feels like it tis the season of social networking upheaval this year. In the past few months, the following sites have made changes to their design.  StumbleUpon completely redesigned itself over the past few days, Twitter is doing a redesign as well, Facebook completely revamped how social networking works, Youtube has a different look, WordPress came out with a new updated dashboard, and LinkedIn changed their homepage and other features a few months ago.

In my mind, it is amazing what happens when you throw a wrench into the plans of a social network with the rise of Google+. Ever since that time, every social networking site has been in upheaval as they update their site to keep up with the Googles (I mean Smiths, I mean Googles).  What is a poor network to do when faced with obliteration and oblivion? Change their site with pretty graphics and new features to confuse their base. 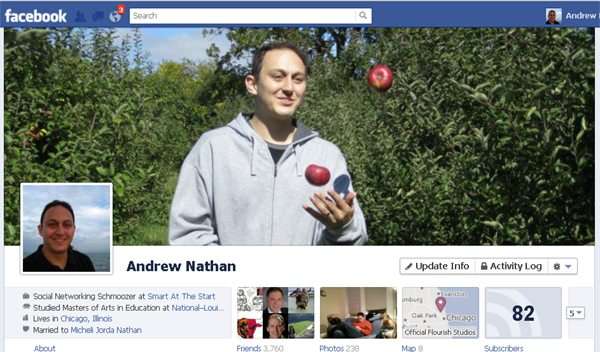 Just remember you do not have to remember everything, but there is a test at the end.

Facebook-In the blink of an eye Facebook went this year from being the King of Social Networking to the “Next MySpace” to the King again. As Mel Brooks has said, “It is good to be the king!” When hearing about the new Google+ social network I can only imagine a bunch of Facebook developers sitting at their desk around the clock devising the greatest strategies they could think of to defeat the “evil G+ empire”. While, I would say that Google is definitely going to take some time to develop their new network Facebook has definitely proven their usefulness.

The new timeline is simply amazing. While the scrolling “thing-a-ma-jig”(non-official ‘official’ title) is a bit annoying, they really made some great improvements to people’s profiles. I really like the idea of a cover for my Facebook page. Plus, the simplicity of the info section is really nice. You do not need to scroll down for miles to see someone’s likes.

Twitter– Ready for this one. My Android has a new Twitter design, but my regular account on my computer does not. Explain that and I will let you know all you want about the new Twitter. And yes, I have checked if they will upgrade me.

LinkedIn– While their changes have not been as broad since they went public. I guess they can float by now that they are public (Drum roll please on the bad financial pun!) They have added a few features, such as the improve your profile button.  Apparently, I had not finished filling out a job description for a position I had in the mortgage business 8 years ago, plus I need to list all my accomplishments. Anyone have any accomplishments I can borrow?

They also updated their events page to make it easier for people to find events they would be interested in. The good news I now have events I can attend in Brazil, London, Manchester, and New York. Anyone paying for my flight? Anyone? Oh well, worth a shot!

Youtube– First of all I would like to thank them from removing the 2005 imagery they have had on the site since 1965. In other words, it was well overdue for an updated look. 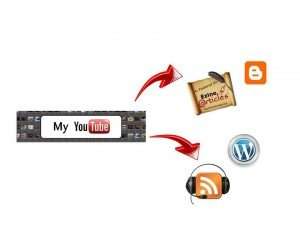 Second, it was a good start as my coach would say, now make it better. I like the fact that my videos can now be seen below my header video. Additionally, I like that I can create playlists that get shown underneath that video to customize even more the videos my subscribers and viewers see. It gives an order to the chaos of videos that I have.

However, I can not shake off the feeling that there is a lot they missed, such as allowing people to skip forward in the videos they are watching without having to wait a year and a day for the page to refresh.

Third, the choices for layout seem in some ways more limiting as they give you a few, specific choices to look at. I distinctly remember being able to move some of the boxes on the side before. If I am wrong, please let me know. The new change took away some features that might have been taken for granted before.

StumbleUpon– They changed everything from calling their Favorites Likes to even re-designing the site completely with a brand new logo. Apparently StumbleUpon believed that their previous logo looked like Cascade Complete dishwasher packets (It actually did).

The new site is nice to look at, but I still do not 100% like the usability. When I click on a link it does not actually show me the person’s website, like it use to do. Instead, it just takes you to the SU page where you can like the page and make a comment. That kind of defeats the purpose of SU. At least you can still stumble different sites randomly.

WordPress– They just updated to the newest version. One thing that I definitely like is that after you update your site with

WordPress they have added a new tutorial where you can see what is new. This time around WP simplified the dashboard, so instead of having drop-down boxes, which get exceedingly bulky after about 40 plugins you have pop-out menus when you scroll over menu items, such as Appearance, Plugins, Users, etc.

Finally, they have combined all the media upload buttons on the posts WYSIWYG to be one button. A really nice feature that I used for these posts was that instead of having to upload pics individually I could drag and drop files and then search for another file elsewhere. For example, the Facebook Cover pic was located at a different spot from the Twitter buttons pic. Drag and drop and there you go. Quick pic uploads.

Whew! I am tired. Social networking upheaval takes so much work to write about what we can skip the test.