I Think Google Wants To Kill The Search Engine

I think Google plans on killing the search engine? OK! OK! OK! This might sound weird, so read this article in full before you make a snap judgement. Then you can leave and call me nuts (or sing my high praise with a “+1” and a comment at the bottom.) Either way, listen in to this sordid tale of greed, lust, authorship, fuzzy animals, search, and murder most foul!

It all began on a bright sunny day over a year and a half ago. Google introduced a new furry friend, by the name of Panda. Who would have thought then that this furry and his sidekick the Penguin would slowly killed all traditional indicators of search engine rankings. Backlinks and keywords have less relevance then they did two years ago. Not only that, we now get search results filled with our Google+ connections. Google Authorship is requested, so we can link back to Google+, instead of linking back to our own website in many cases.

So what is the problem with this exactly? Google+ has a number of cool features, primarily Google Plus Hangout. Whats not to like? 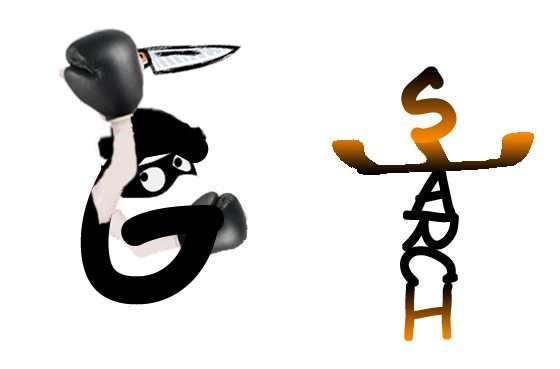 The problem, however, is deep. The problem is that they have stopped judging a site by it’s relevancy, and started rating sites by popularity when you use strong social media indicators.

If you are ranking a site by their Google+ account for example, then you have a major disparity. A site like Mashable will more than likely always rank higher than my site. At the same time, anyone starting their business today has a much steeper hill to climb against their competitors than even those who started a blog even a year ago. This might be a bit of a simplification from Google’s algorithm, but an important piece of the puzzle.

Therefore, let me break down the statement in the previous paragraph.

At the current moment, Pete Cashmore, the founder of Mashable, has 1,634,101 people put him in their circles.

I have 4,670 people in my Google+ circles. Check out my Google+ Profile, so I can defeat the mighty Pete Cashmore! :p

If you base the algorithm around Google+, then 99 times out of 100 Peter will rank higher in the search engines then I will. Why? Because with 1.629 million more followers than me he has an 350x greater chance of getting more likes, comments, and general engagement on his account.

The problem is that he will not necessarily deliver better content. In fact, because of his broader audience his content might not be appropriate for a good portion of his readers. Keep this in mind, because this is what will kill Google’s traffic eventually.

Now, let’s think about this from Google’s perspective. They want to deliver the highest quality search results possible to their audience. Would they rather share the person who has 100 +1 on every post or 5-10+1? From the Google robot perspective, Peter is a much better choice. In a lot of respects I would have to agree.

In fact, if the case were not him versus me, I might just stop checking all the time, and start going straight to his website after a while. And that is the problem.

Google is so intent on driving traffic to the best and greatest that it might be their undoing. If everything I need to know from Google is found on Wikipedia, why not just put Wikipedia as my home page at some point instead of Google. Just as I changed my home page years ago from Yahoo to Google, because I could be more effective. Imagine this on a broader scale. Millions of people would not need to search online, because Google will give us the predictable answer we already knew. Therefore, might as well skip the middleman and go straight to the source.

Do not believe me? Then tell me the last time you used a Google search to go onto Facebook? I type in “F” in the URL bar, and Facebook pops up immediately.

What if we stopped needing Google for search, because they were too good at their job. In this case, they deliver broad, generic answers that everyone has heard of time and time again. Google needs to re-think their strategy towards the big, and well-known. It only works for so long, until new competitors come in with fresh and unique content.

The same thing happened in the eighties to network TV. After years of dominance, people got bored with the three standard versions of Vanilla. The MTV generation finally had chocolate, and the kids went nuts!

In our gotta get it now, instant gratification society, search must deliver not only the predictable, but also the curiously unknown as well. Otherwise, why would we search for it in the first place. If video killed the radio star, does that mean Google Plus killed the search engine?