The History of eCommerce

Can you imagine a time before Amazon and eBay? This was a simple time when transactions actually occurred in stores. What was it like before we had Cyber Mondays?

While it is strange to think about, the history of ecommerce is older than you would expect, and young enough for most of us to remember a time when we could not buy any imaginable item in the world on Amazon.

However, the history of ecommerce mirrors the rise of the most powerful technology of the last fifty years: the Internet. Since the beginning of the foundations of the internet, enterprising professionals have looked at how to turn the internet into a profitable technology.

Here is the story of ecommerce from the early beginnings to current day infrastructure, and even beyond into the next few years. 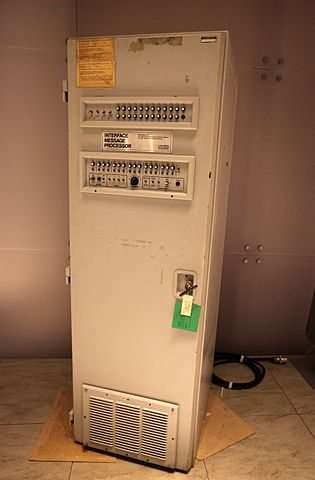 Some ecommerce buffs argue that online sales occurred as early as the 1960’s with electronic transactions through the Electronic Data Interchange. The problem with this early system was the lack of standardized formats to send and distribute information.

In fact, in an interesting twist it would take almost twenty years for ANSI to devise the universal standards for sharing documents in 1979.

A few short years later, the CompuServe Electronic Mall opened its doors. Remember that this was developed in 1984 almost a decade before Tim Berners-Lee coined the term “World Wide Web.”

…Talk about putting the horse before the cart. Before the internet as we know it existed, businesses were looking to sell online. Hmm!

If that was not enough to deter early ecommerce marketers, then how did sell products on the internet when commercial businesses were banned. Yep!

It might be hard to believe now, but the final piece of the puzzle was the when in 1991 the National Science Foundation reversed the Internet ban on commercial business.

Millions of entrepreneurs around the world give their eternal gratitude for lifting that ban.

The Birth of Amazon and Ebay…and premature Death of Pets.Com, CyberRebate.Com, and eToys.com

When the public became interested in the internet in the early to mid-1990’s, the first stalwarts in ecommerce followed shortly thereafter.

However, the dotcom era had a significant downside to it. Profits were not important, and investment dollars meant everything. Yeah! As any experience entrepreneur knows, that is always a winning formula…for disaster.

The excess of the era culminated with the huge budget TV ads for dotcom companies in the 2000 Super Bowl.

Despite the flawed ideas, this was the true birth of the modern ecommerce companies. When they finally learned how to become profitable, they created the model that many ecommerce companies use today for selling products. Some of these companies are now thriving empires.

Amazon – Amazon sold its first book in July 1995. Within a month, they were selling books in over 40 different states. Despite this early success, the company has had a history of financial difficulty. They did not turn a quarterly profit until 2001, and an annual profit until 2004. Last year the company brought in over $74 Billion in revenue with a profit of $274 Million.

Their reader review section for each book has become one of the fundamental elements of success for any ecommerce business. 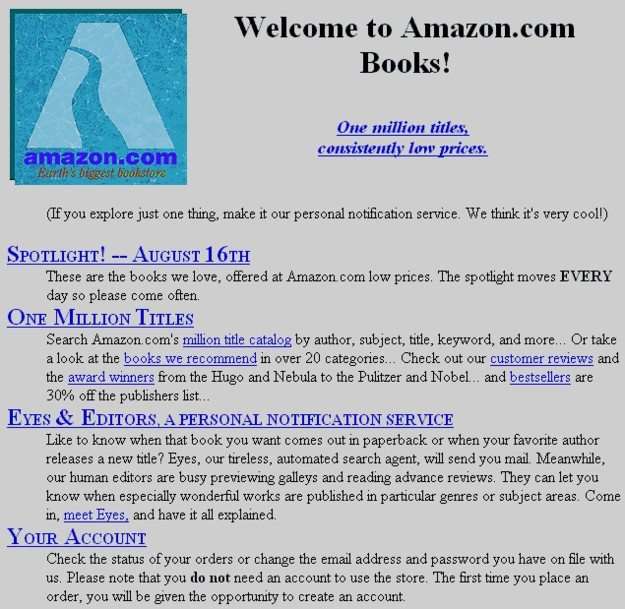 EBay – Can you imagine going from selling a broken laser pointer for $14.83 to creating the largest online auction site in the world?

Founder Pierre Omidyar emailed the buyer to make sure they understood that the laser pointer was broken. The buyer famously responded, “I’m a collector of broken laser pointers.”

…and that launched another episode of strange, but true tales of how the internet got started.

From that point on, the company grew with users buying and selling products on the site. Last year they had $16 Billion in sales with a net income of $2.86 Billion. The majority of their revenue comes from seller listing and transaction fees. 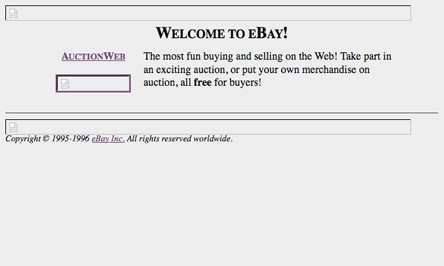 Dell – While eBay and Amazon both sell consumer and electronic goods, Dell was one of the first companies to sell solely electronic goods on their website. The website was initially an extension of the direct sales model that Michael Dell developed in the 1980’s.

In a bid to extend that position, Dell launched a static website in 1994. By 1996, the company started selling computers directly from the website. Within a year, they were selling over $1 million per day in computers. In 2013, they generated $3.6 Billion in revenue from their website. 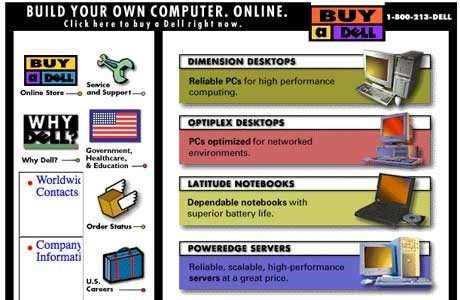 After the dotcom boom at the beginning of the century, ecommerce would benefited from the increase in technology proficiency. Platform developers would help business owners create stores online.

A big break for online shopping came with the creation of ecommerce platforms. Businesses no longer had to pay developers to create websites from scratch. The out-of-the-box solutions significantly reduced the cost of starting an online.

Platforms like WordPress WooCommerce, Shopify, and Magento made it easier than ever for businesses to create their own ecommerce platform to sell their goods online. Millions of sites around the world sell every type of product imaginable in the consumer space.

The Future of Ecommerce

What would a conversation about the history of ecommerce be, if we did not allude to what is to come. Pretty Darn Boring!

The biggest change in ecommerce over the next few years will be a relentless focus on customization. As companies continue to collect information about their customers, they are just now beginning to have enough information to understand our personal preferences.

Therefore, expect larger companies like Amazon and eBay to start customizing your searches based on previous purchases. Then expect new online retailers-like Indochino and Trunk Club– to start selling specific, customized products online for their clientele.

Technology will affect how the industry works. Just as ecommerce was not possible without universal standards and the world wide web, the next generation of online retailers will lean heavily on up and coming technologies.

How will you participate in ecommerce?

The big question we have for you is what do you think was the greatest advancement in the history of ecommerce so far? How will you use it for improving upon your ecommerce store? Leave your answer in the comment section below.