Update: 3/26/19- Google Plus One shuttered their doors recently. If you don’t want to go the way of Google Plus One then schedule a free consultation with me today to help you find your next client.

If you have done a Google search in the past week you probably noticed that there is a new feature called the Google Plus One next to every website. Plus, you may have noticed a number of your favorite websites starting to use this Google plus one feature as well, including yours truly.

Basically, Google Plus One is Google’s way of wedging them self into the social arena by leveraging their power in search. I have some mixed feelings about this venture that I will share below.

Google Plus One Features 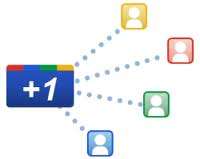 Google Plus One Pros

Google Plus One Cons

With this in mind, my belief is that Google might have finally managed to come up with a long term useful social application that we can not ignore. They leveraged their search strength into something useful for social media.

Google Plus One is a social button that is listed next to every website on the largest website in the world. 50% of all internet users go to Google every month. It will be virtually impossible to ignore Google Plus One, so start to determine your strategy for using this button today for increased search.