Okay, steal might be an exaggeration but not by much given how backward Facebook Special Ads are to the real estate industry. They provide a worse ROI, which means you connect with fewer people in your audience in the hopes that you spend more money with the social network. Sounds like fun!

Why does this matter?

To understand Facebook Special Ad categories, we need to review the history. Two years ago, 5 civil rights groups approached Facebook and said: “you are discriminating against certain groups.”

The first thing we must address is they had a legitimate point. Most real estate professionals who have been in the business for more than a minute know you cannot discriminate. 100% agree with this. No one should discriminate or remove anyone’s access to fair housing.

Furthermore, there is a long list of things you should not discriminate about, including race, color, religion, sex, including sexual harassment, national origin.

There are even further fair housing rights in Illinois to protect people due to pregnancy, people over the age of 40, order of protection status, marital status, sexual orientation, including gender-related identity, unfavorable military discharge, physical and mental disability, and familial status.

Again, do not discriminate. You cannot steer, red line, or block bust. Just don’t do it. I love how the social network controlled their platform to ensure all people are treated fairly on Facebook.

The challenge is in real estate. What you’re doing is showing a property to only one group of people at the expense of other groups. Thankfully, we are not a bunch of white men landowners anymore in this country. Everyone can own property, and everyone should have the same rights and equal access to the property.

In other words, you want to make sure you’re not discriminating and advertising only to white people, which avoiding black people. That is bad. At the same time, you cannot advertise just to women either. It would be best if you advertised to everyone. For the record, 100% on board with that.

My problem is that Facebook didn’t’ remove the features that allow discrimination in real estate, recruiting, finances and decided it was easier to create a wholesale reduction of the Facebook ad platform. The move made it an utterly worthless platform for real estate professionals.

For example, I wanted to run an ad recently on Facebook that would not even help me reach anyone in my target audience. Now, I run Facebook Ads all the time for other industries. When they have the features I need, it works great. It just sucks for real estate, and I apologize if I don’t have a more sophisticated word than that, but it just absolutely sucks.

First, they did strip some of the triggers that can lead to discrimination like age, race, and gender.

My issue relates to their geographic targeting. The social network removed zip code targeting because they want to avoid steering and redlining.

Steering happens when people are directed from one neighborhood to another. Let us say you have a black person who wants to buy a house and you say, “Hey, look, you shouldn’t buy in Lincoln park. You should go to Chatham,” or “I think you would like Auburn Gresham more because I think those are better neighborhoods for you.”

Redlining is when mortgage companies or finance companies don’t lend to specific neighborhoods. Marketing on Facebook by zip code makes it possible for lenders to use the type of micro-targeting that leads to problems. This is understandable.

My issue is with Facebook ads targeting because it completely goes in the face of quality real estate advertising. For example, I have a property in Chatham we’re renting. If I create a Facebook Ad to target people in that area, Facebook rejects it because it is a special category ad. Instead of marketing the property around a one or five-mile radius to find people who are local to that area, it now a 15-mile radius. To put this in perspective, a 15-mile radius stretches from Chatham almost to Elgin.

That is nuts. Why would I want to go out that far? There’s no value in doing that for me because my targeted ad becomes a needle in a haystack.

I understand avoiding zip code marketing. However, putting a circumference around the property you own is not discrimination; it is just common sense.

Second, these actions favor big business almost at the expense of small businesses.

For example, if Citigroup or Keller Williams decides to do a nationwide ad campaign, they don’t need to worry about a 1-mile or 15-mile radius. Small real estate agents, small brokerage, and community banks need these targeting options to stay competitive.

To have a healthy marketplace where one company isn’t a dominating monopoly, you need marketing programs that help smaller businesses reach out to the same audiences competitively.

Facebook’s actions here create an environment where large organizations have a significant advantage because they could spend a billion dollars a year on advertising. Small businesses that spend $5-10,000 a month are fortunate. More are stuck spending $100, $200, or $300/month or less. Please, Mr. Zuckerberg, let’s even the playing field. 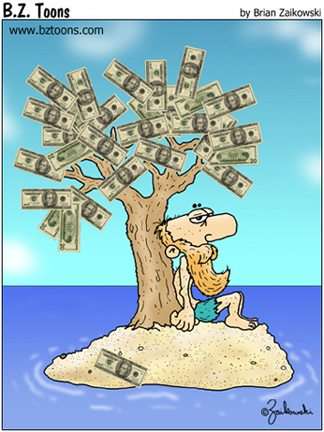 For example, the Illinois Housing Development Authority (IHDA) created the “Smart Buy” Program. This is a fantastic program for new home buyers where they give you some money down to pay for your mortgage and help consumers reduce their student debt load.

According to a study by the Illinois treasurer, the average student debt load for many people in the State of Illinois was around $29,855. The state will help students wipe out their entire debt up to $40,000 after they give them closing costs of about $5,000.

We need more programs like this. They help those in the Hispanic and African American communities where there are more home buying issues because they have higher debt loads.

How does this relate to Facebook Ads? The problem is that if you were to advertise on Facebook, you can’t market to students. You can’t sell to people who have an education because they’ve wiped it away because they’re saying it’s a protected class.

On the one side, you have the State of Illinois saying, “Hey, try and find students who want to be homeowners.” On the other side is Facebook saying, “You could do that, but you can’t target those people. I’m sorry, we can’t let you talk to them.”

You’re not going to target people who don’t have a college degree. Maybe the ad for people with only a high school degree would go as follows, “Hey, would you like to pay off your student loans? There’s a new program. Oh, you didn’t go to college, forget you. You can’t use this program.” Why annoy them? Instead, let us help those who can benefit from this program.

What the heck? If we can’t communicate with the people we need to share with, why bother using the platform? It is frustrating to have a program that would help bring more diversity to homeownership thwarted by a limitation designed to prevent discrimination.

Facebook Special Ad Categories are wrong because they don’t allow local targeting for individual properties, hurt small businesses, and prevent real estate professionals from promoting homeownership to diverse groups. If you agree, please share, comment, like, and shout out to the world that Facebook Ads Special Categories are more useless than a pile dog poo poo.

Maybe this is the beginning of a movement where Facebook can stop discriminating against small business owners and homeowners.