In our journey throughout Chicago business this week to me there is nothing more intriguing to me than the Chicago history of business. There are a number of great stories and amazing acts of inspiration that fill the minds of budding entrepreneurs to this day. So, let’s explore Chicago business and the wild and crazy history that it has had.

Chicago was originally settled in 1776 by Jean Baptiste Du Sable who lived in a small settlement around the Chicago river for about 20 years as a trader. Throughout the first half of the 19th century pioneers started to settle in greater and greater numbers into Chicago as they realized it’s potential at the mouth of the Great Lakes and the Chicago river which lead to the Mississippi. It was and still is a gateway from the East coast to the midwest.

It also just goes to show that almost all cities grow up for two very distinct purposes. 1. They have some type of mineral, food source, or other valuable goods (Eg. California-gold, Alaska-oil, New England-fishing) or 2. They are in the middle of a transportation hub that makes business and travel easier (Eg. Chicago-trains and waterways, London-river, Miam-port). Very rarely does a city become large for no reason in the middle of nowhere without any reason.

As Chicago developed a number of famous personalities would also develop who would help this city build out as the city we know of today.

First, you have the visionary business owners such as Robert McCormick who with his father Cyrus developed the McCormick reaper, Marshall Fields, Montgomery Scott, George Pullman, and many others helped develop Chicago into a manufacturing and retail pioneer. This was where the first mail order catalogs were sent from and where the first refrigerated meat trains, created by Gustavus Swift, were created in 1872.

You also had the famous meat packing plants themselves where meat was shipped across the country from the Chicago trainyards that still cross through the city center. It was also these same meat packing plant’s that inspired The Jungle by Upton Sinclair. This graphic novel helped bring about the progressive era in Chicago and brought about the first food safety laws in the country as the public was horrified by how their meat was made and packaged.

The public might have missed the boat, however, on how the poor were treated at the time, but labor unions would eventually change how manufacturing worked in Chicago. As they grew stronger through the early part of the 20th century a change in how Chicago operated led to more safety restrictions and a better quality of life for those workers.

I am sure my great grandfather Julius Gurewitz would have appreciated additional changes in labor laws as those early factory years were extremely taxing (See Picture Below).  He would later open a grocery store and my grandfather Mel would run a truck for Murphy Butter & Egg where he worked until his retirement 40 years later as Vice President. He still has some great stories about this time. On another note, my grandma Arlene worked for Marshal Fields for a few years when I was a kid. My mother-in-law works there now as well. 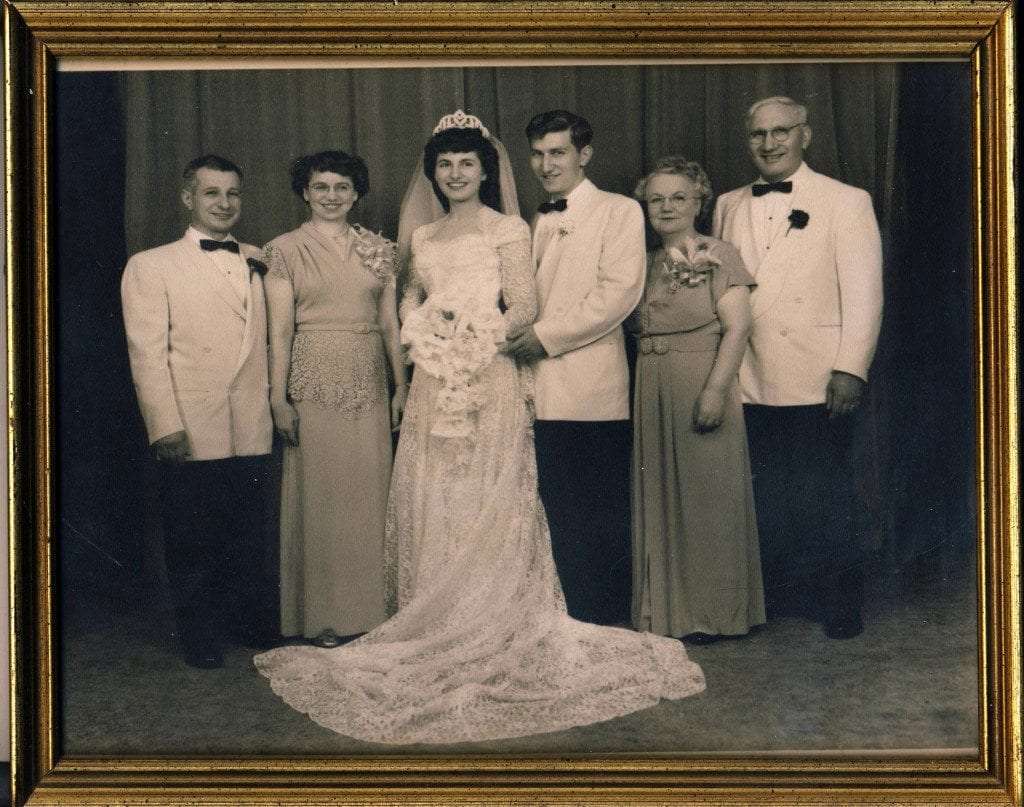 L-R: Great Grandpa and Grandma Ben and Sophie Crown next to my Grandparents Mel and Arlene Gurewitz(wedding day) next to Great Grandma and Grandpa Minnie and Julius

Additionally, while the railroads were needed less and less in the modern age for transportation with the advent of cars and airplanes, Chicago managed to maintain a foothold here with their O’Hare and Midway airports. O’Hare has been the busiest airport in the world for the past 30 years or more.

So, with all this innovation what will we discuss next tomorrow in our series of Chicago Business? You will have to wait to see! In the meantime, I hope you enjoyed this trip through Chicago business history lane.