Brexit Marketing Fails To Avoid In Your Business 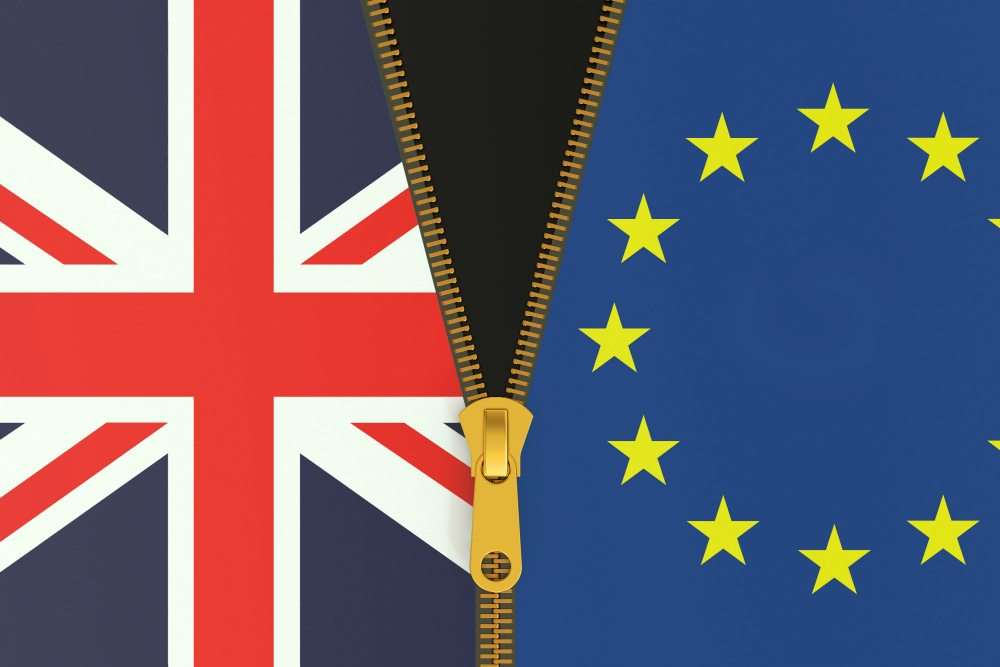 I stayed quiet on Brexit for as long as I could. I swear to you, not keeping my big yap shut about this is too much to handle. However, after a week of soul searching and mad mouth zipping skills, I have to say something. Brexit Marketing is a complete fail!

I know that the Leave camp is falling apart in the aftermath of the election, but seriously the Remain camp must have one of the worst marketing teams in the history of Europe. I mean, you literally broke up the largest union of nation-states in the history of mankind. The great experiment failed, and now you need some branding help.

Fortunately, after years of helping companies improve their branding online I have some ideas that can help you recover from one of the most embarrassing results in recent history.

1. Create the brand- It boggles my mind! According to recent Google Trends results, searches for the keyword What is the EU were low until Friday when they shot up. While millions of Brits already know what the EU is, the fact that this specific search cropped up after the elections is indicative of how little the British know about the EU.

This is a branding issue of epic proportions.

Before we go into this, the history teacher in me needs to give a quick history lesson to understand why EU branding fails.

It all starts like all good stories do, a hundred plus years ago when dear Queen Victoria was the toast to the statement “Long Live the Queen!” During her remarkable 64 years as titular leader of the country, Great Britain was the greatest country in the world.

Pride soared, and nationalism emerged. The idea that you were not just from Gresham or York or London, but part of the United Kingdom held sway in the public’s imagination.

It was this same nationalism that would give rise to a militaristic Germany, Italy, and Japan over the coming decades. So not all good, but there you have it. The history of nationalism.

Fast-forward with me on this tale of pride before the fall, and we see Britain again in the time of Neville Chamberlain. A man who did not see, or chose not to believe, that the Nazi would attack Poland until his career became a political footnote of what not to do.

From his ashes, Winston Churchill quickly reminded the people, “we proud, we few,” to paraphrase we were the only who outlasted Hitlers tyranny.

It was quite a blow then to see that just a few short years after World War Two that Britain was diminished in the eyes of the world to a has-been. Their former colonies (USA! USA! USA!) now controlled half the world.

This is why pride comes before the fall. Through the past 60 years of the EU Experiment, the United Kingdom is constantly reminded how they are not the decision-makers. Instead, they are but one country in a collective of nations.

History has taught them they are British first, and Europeans afterwards. In fact, from a branding perspective this is the greatest failure of the EU. While they might control much of the European laws, people in Britain and other European countries see the EU as nothing more than outsiders.

Outsiders are never effective rulers. They have perception and obedience problems that natives never have. In essence, it all comes down to nationalistic branding.

If Britain is to ever become a full-fledged member of the EU again they need to brand the EU. You might dismiss a re-vote now, but wait to see if a reconsider vote happens in the next two years.

Just as American kids say the Pledge in school to indoctrinate a disparate people to one idea, the EU must have some type of relevant, emotional ceremony that will help Europeans understand that they are not British or French or Germans.

Otherwise, any victory to return to the EU will always be short-lived. The 21st century has reshaped how governments interact with their people. The EU must provide the same measure of change if they plan on continuing. Otherwise, people will continue to Google what is the EU?

In that same respect, if you want to avoid Brexit marketing fails you need to make sure people understand what your business stands for. Otherwise, if people don’t get your branding they might not appreciate your business.

2. Emotions, then Logic- Speaking of ceremony, the British elite must explain the positives of the EU in emotional as well as logical terms.

While I find it despicable to pick on immigrants as the sole reason why the UK does not benefit from the EU, it is important to note why that works.

As any sales person can tell you, people make decisions based on their emotions and confirm that emotion with logic. It emotionally makes sense to many Britain’s that it is harder to get work when you have more people in the country.

Furthermore, the logical outcome of immigration is they might lose their jobs to an immigrant. Perish the thought how someone not from your native land beats you fair and square to YOUR job.

The challenge with this argument is multiple. For now, I would like to point out with more people come the need for more services, which inevitably lead to more jobs.

However, in deference to the Brexit debate, remember that the Leave campaign argued that the financial sector would lose their jobs. For the vast majority of common Britains who do not have ridiculous financial sector salaries this is not an issue.

After all, many financial professionals earn a really good living. How can they understand the plight of labor. This is the logical argument from the Stay campaign. Yet, there is no emotional undertone.

It is a perfect example of logical versus emotional sales. Emotional sales wins the vast majority of the time.

3. Fallacy of Choice- What is the point of electing a British government, if the EU makes the final decisions. This is probably the biggest challenge the EU faces. They need to have direct elections for EU representatives.

Otherwise, more and more people will seek to leave a non-democratic organization.

Since Europe has progressively turned democratic over the past few decades, it is a hard pill for them to believe in democracy and not have a voice in the say of European Union politics.

The reason democracy thrives is that it provides an outlet for expression by the people. Whatever you may say of the corruption of politics and the buying of politicians over recent years, the vast majority of voters are smart enough to see a spade for a spade.

In that same notion, your prospective clients need a choice. They need to know they are not being shuffled through your sales funnel like loose paper on a desk.

That is why many of the greatest companies provide different levels of services for different levels of needs. By providing a real choice you can increase sales for your business and put the company in a better light because they serve everyone’s best interests.

4. Re-frame- Most clients want to control the dialogue in a conversation. That is okay, you definitely need to let them list their problems. One of the big challenges in the Brexit debate was that no one listened. Now after the election, young people are protesting the results saying that leaving the EU is not in their best interest.

That is because they know that this is not a good deal for the country. Plus, it seems that many of the rumors on the immigration debate were false anyways. Oops!

In the end, this highlights how people can be distracted from what matters. It is also provides an opportunity to re-frame the issues in your marketing with items that do matter.

For example, companies that have been around for 50 years don’t say they are old and stodgy. They say they have 50 years of hard fought experience. Conversely, new companies focus on the energy and enthusiasm they have to help their clients.

Re-frame your branding to match your customers needs. Just one thing. Make sure that do everything ethically. Do NOT mislead customers like the Leave campaign possibly misled voters by telling the country this would eliminate illegal immigration.

5. The right team- This is vital for any company or government. As we can see by the fallout of Brexit marketing, having the right team in place is crucial. When David Cameron stepped down it left a gaping hole that Britain is struggling to fill.

It also means that Britain will not execute Order 50 of the EU treaty until  after September when a new Prime Minister is elected. Order 50 allows a country to leave the bloc of EU nations. Most of the EU do not want uncertainty. They want the Brits to act now.

However, PM Cameron said he would not order it. This was something that his successor would have to do. Talk about a tough pill to swallow for the successor.

That is why you need good leadership. It is seems to be missing right now in England. However, the void will be filled eventually.

Because how you market your business is every bit as important to your clients as how the Brexit marketing effected people in the UK.