Beware of the trolls: Managing the internet’s nasties

If you use the internet, chances are you have heard of trolls. Although bandied about a little too often these days, the definition of the term ‘troll’ is loosely “one who posts a deliberately provocative message with the intention of causing maximum disruption and argument”.

Trolls are usually repeat offenders who remain anonymous and barge in on any conversation for the entertainment value of riling up others in the community. This can manifest itself as abusive, offensive or mocking comments, but could also be in the form of ridiculous questions or deliberate misunderstandings.

Some trolls are entertaining for the rest of us and fairly harmless (take the famed 27b/6 and dontevenreply) and the majority are ignored, blocked or quickly forgotten.

But most brands (and most internet users) will experience trolling at some point, either directly or indirectly, and they can be potentially damaging for a brand, so knowing how to manage them is key.

Trolls can appear anywhere, but tend to favour forums, the comments section of certain websites, and Amazon reviews. A look at the recent Amazon reviews of the Bic ‘For her’ pens provides a good example, albeit a bit of harmless fun rather than all-out malicious trolling.

Bic has remained silent about the product despite the sarcastic reviews. During Bic’s silence, a Tumblr has been created, documenting the funniest reviews and posts, and a spoof Twitter account has been set up (@bicforher), Bic obviously not having the foresight to secure this first.

It can be difficult to know how to deal with trolls, and Bic’s decision to remain silent is a tactic that, although not necessarily the best, may seem appealing.

If you’re managing a brand’s community – say your company Facebook page or own forum, how do you take back control from the trolls, when other users might be fuelling them?

Here are a few tips for good troll-management should your brand’s community fall victim:

Don’t judge a book by its cover 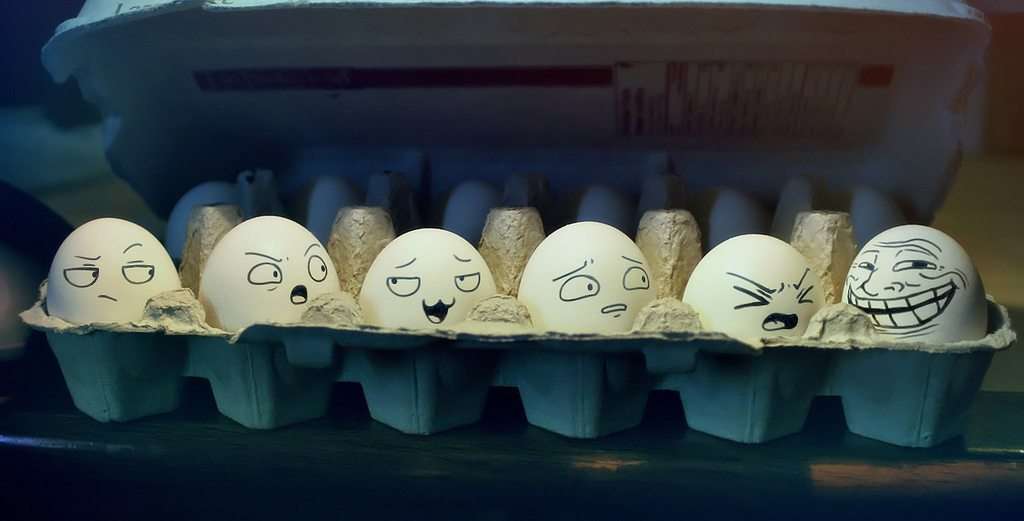 Don’t assume that the comment is by a troll. Sometimes it’s easy to jump to the conclusion that someone is a troll, but just because they are posting something mean, misinformed or offensive doesn’t necessarily mean they are one; they might just not be a very nice person!

Don’t get drawn in

Firstly, you never know who you are speaking to on the internet, so if you do respond to a possible troll, be careful about what you say.

Secondly, though it might be tempting to get drawn into arguments or even to answering what seem to be genuine but ridiculous questions (Gary Glitter, take note), consider the impact of your response and whether it is really worth it. Remember, trolls want a reaction, hence the well-used phrase ‘don’t feed the trolls’, so don’t indulge them if you can help it.

To delete or not to delete?

Brands that delete posts – especially those that are merely from disgruntled customers rather than actual ‘trolls’ – often anger other members of the community, as this can be seen as a form of censorship. Be extremely careful about deleting posts – and consider the possible repercussions if you do.

Miscommunication within your team and company can lead to a bad situation becoming a disastrous one. Have a clear internal policy for dealing with trolls and other online situations should they arise, so that there is a consistent handling of them. The variation in types of trolls makes it difficult to create specific guidelines, but at least a rough outline of the kind of approach you will take will be invaluable should a crisis occur.

It is also a good idea to clearly state on your website or community rules regarding posts, so that you can justify any action you do take against troll posts.

Make sure you are monitoring your online presence at all times. Often, inaction means situations escalate when they could have been nipped in the bud. Whether it is a customer complaint that goes viral due to a lack of response as for Ryanair, or a troll comment that breeds a huge chain of negative, distracting or potentially damaging discussion, you at least want to be aware of what is going on.

Using social media monitoring tools –both free and paid-for – can help with this, especially around times when your brand is releasing a new campaign, product or announcement.

Troll management is a tricky area, but armed with these tips (and some common sense!) you should find yourself prepared to deal with any situation should the trolls decide to visit.