5 Ways To Automate Social Networking So You Can Build Relationships

Before we get to far into this discussion, however, I wanted to take the opportunity to say no. Not everything should or could be automated. Robots should not rule your internet persona. Instead they should just enhance it! Keep this in mind as we go through this post. 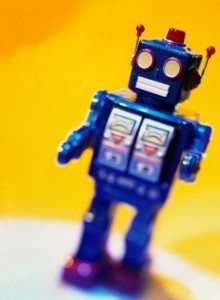 The fact is that when you went to go start up your business, you more than likely were not looking to go full time into social networking. Unless, you are me and are tweeting mad!

This means that you want to get the most out of social networking in the least amount of time. While social networking is not an overnight success, it does help to have some automation to reduce the stress and help you build a quality network faster.

So, you are not ready to commit your life to social networking? Really? Well, then you might want to use some time savers to make your job more effective. That is why we automate social networking. Making your life a little bit easier, so you can do the things that are important to your business and you.

So, when you are building a relationship with someone you met on LinkedIn, an automated tweet can go out on Twitter discussing how you are of value to your clients. You still have to drive the social networking toward it’s destination, but when you automate social networking business just becomes easier.

So that you know how to automate social networking, start making valuable connections again!