Without further ado, I want to address these whines, so 2012 can be the year we remove the excuses and just find loving clients who adore us! 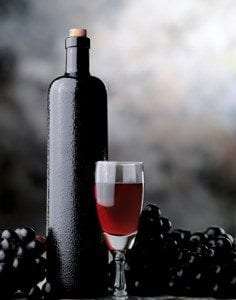 you would have all the business you could handle and this marketing “thing” would be for the peasants! When you have more money than Bill Gates it worked! Until then I will hear none of it.

10. It is too hard! Aww! Need a nice foot massage with that bottle of whine. Maybe some brie to temper the flavor? To use an oft-stated phrase, “If it were easy, then everyone would do it.” Because it is hard, it makes us better!

9. Does this involve work? Yes, unfortunately, the Lotto has not called you with breaking news. You might have to put some time and effort into building a business that provides lasting income. Ignore the $100,000 in 5-day stories. The people who do that spent 20 years learning how to make $100,000 in 5 days.

8. I want to play the games on social media more than network. We all have our vices. Mine recently has been Fighter Pilot 2 on Mini-Clip. Addicting! Anyways, the point is that you need to have some discipline. Schedule some time to just relax and enjoy social networking for Farmville, MobWars, TexasHold ‘Em, and a wide array of other games. Then just dig into building relationships. Use e.ggtimer.com to time your play, so you do not lose track of your time.

7. Too time-consuming! There are several great tools to use for social media. Besides, you should not need to spend more than 15-20 minutes every day online to build your social network. Take a look at Social Networking Strategy 2012, Stop Doing It By Yourself, and Social Media Best Practices That Make It Plug And Play to learn how to do this social networking “thing” more effectively.

5. Um, like, this doesn’t work! Um, like YEAH it does if you just continue to apply it! The first four months I used social networking in the mortgage business I got squat! The only leads were just not worthwhile! Then I connected with a real estate agent who needed help with a small commercial property that made a nice little sum of money for me.  If it does not work that means that you have not been doing it long enough.

4. This is for my kids! I would agree with you, if not for the fact that the largest growing segment on Facebook is women between the ages of 45-65.  If they are children, please alert Webster about their outdated definition!

3. None of my prospects are on here. Where are you looking for your prospects? Just like in real life you would not go to a bar to find upstanding family-friendly soccer moms. Why would you expect to find insurance prospects on MySpace? Or anyone else for that matter these days.

We can talk farther and to more people at once with the technology we have. A caveman’s finger-painted an elephant on the cave and maybe 30-50 people saw it. We share a picture on Flickr and thousands of people can see it. They had stories in front of the fire where the entire tribe could communicate together. We have Youtube videos and Twitter & Facebook news feeds. Can someone please tell me the difference between the two?

1. I spent 10 minutes on this social networking thing and it did not work! Saving the best for last has many benefits.  First of all, I could talk about this point for a longer period of time than you have been on social networking sites. Second, I can say that of course not! Duh! Why would something just instantly work with no preparation, no forethought, no planning? That just does not make sense! Why would people automatically flock to you on LinkedIn after avoiding you in the “real” world!

Social networking consistency is huge in this space. It is something that you must learn to master to become the rock star social networker we know you can be.

Now that you know the top whines, I want you to get them out of your system in the next 3 days, so you can start 2012 with a fresh outlook. Ready to eagerly engage new clients and dig deep to find the right prospects and referral partners.  Social networking whining period ending shortly!